You are here: Home / Life & Living / Spark Your Creativity with Idleness 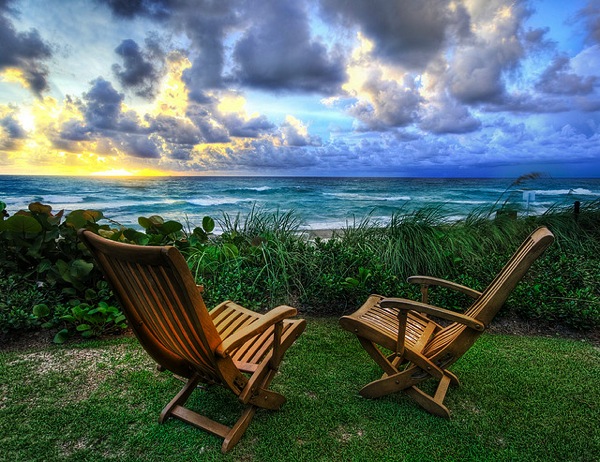 This article was, in fact, born of an idle afternoon. I know that it seems a paradox to have anything at all produced out of idleness. Yet, truer words cannot be uttered.

The Product of Idleness

After having done an incredible amount of research on the subject of idleness, and with about fifteen tabs open in my Internet browser, I was poised at the computer ready to produce a witty and poignant article. But as the empty white screen glowed back at me, my mind went blank.

I did not panic. I took a deep breath, shut down my computer, and stepped outside on to my front porch. Sinking into a soft chair and kicking up my feet, I watched the cottonwood pollen float lazily through the air like a gentle summer snow. I simply let time pass, slowly and yes… idly.

I let a fluff of cottonwood pollen drop into my hand. An intricate web of silky tendrils spread out from one tiny seed, perfectly suited to drift upon the wind. I released it, and it literally lifted out of my palm and floated away, leisurely sailing toward its next destination – a patch of dirt, or perhaps a crack in the sidewalk.

I looked up at the huge, strong tree from which this pollen puff was born. Its leaves rippled into uncountable shades of green and white as they caught the breeze. The cottonwood tree had nothing else to do but grow, and it did so perfectly. It did so according to the rhythm of the seasons. It could be rushed along no more than it could be made to produce apple blossoms or acorns.

What lesson could I learn from the cottonwood tree? Know the destination, relax, slow the pace, and let things unfold exactly as they will.

When Industriousness Became a Virtue

I thought about the idea of industriousness. When did accomplishment usurp the pleasure of quiet contemplation? When did productivity become such a coveted virtue? 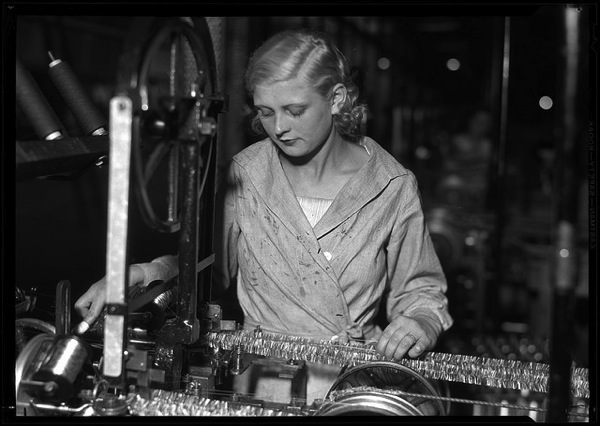 From what I understand, efficiency and long hours of labor overtook the importance of leisure time during the Industrial Revolution of the 18th century. I find this an interesting irony, as the mechanization of previously laborious tasks was supposed to free people’s time for leisure activities. Instead, a capitalist civilization was born. With it, the “more is better” attitude began to vilify idleness. Time unused for industry became time wasted.

You may find yourself asking the same question as I did: Didn’t people during the Middle Ages and Renaissance period work harder than the factory workers that followed them, and much harder than we do now?

No, actually, they did not. While their labors might have been more physically exhausting, they actually worked about half the time per day than we do. A typical day for a medieval laborer was just about four hours, as he would begin much after the morning had started, take a rest at lunch, and be finished by dusk. There were also an incredible number of holidays taken each year, not just the perfunctory government holidays and perhaps a week vacation (if you’re lucky).

According to the U.S. Bureau of Labor and Statistics, the average American citizen with children at home works 8.8 hours per day and sleeps only 7.6 hours each night! That doesn’t even include time spent volunteering in schools and for various organizations. We are consumed by work, and when we are home, we are often too busy to let ourselves rest.

Bring Back the Idle Mind!

I’m sure you must know that down time is important for our bodies and brains. But so often we spend our “down time” watching television, surfing the Internet, or playing on our smartphones. Our brains would absolutely disagree. Stimulation is stimulation, no matter if it’s for “work” or for “fun.” Just like a computer, our minds need to shut down for a bit each day in order to reboot. In fact, isn’t it after a period of calm and quiet that we often come up with our greatest ideas?

…isn’t it after a period of calm and quiet that we often come up with our greatest ideas?

My children call this boredom, and they act as if it’s the enemy. The other day, my nine year old daughter sat on the kitchen floor with her arms wrapped around her knees.

“None of my friends can play. I’m bored.”

She looked at me quizzically. It used to be my habit to try to alleviate my children of their boredom by coming up with an activity, a game, or a chore to fill their time. No more!

“Idle minds breed magnificent thoughts,” I said. Then I walked away to rest in the hammock. I didn’t see my daughter for several hours, but I heard her inside talking (presumably to herself). Finally, she emerged with a huge grin on her face.

She showed me something incredible. She had created an entire alien-themed Claymation video on her iPad! She molded the characters out of clay, set up a backdrop, created the storyline, and completed the project all on her own. I was impressed. I asked her how she got the idea.

“I laid on the floor for a long time looking at the ceiling. The light looked like a spaceship, then BOOM, I thought of it.”

More on Being Idle

I was so overwhelmed by this idea of idle time that I had to find out more on the subject. (Oh, the irony.) I was delighted to discover a book extolling the virtues of lying about and doing nothing. How to Be Idle, by Tom Hodgkinson, was not only a pleasure to read, it was refreshing to hear someone telling me to kick back and relax.

I enjoyed it so much that I also read The Idle Parent by the same author, in which he teaches us that children should learn to cook breakfast and make coffee so that we may have time to rest. He also talks about how children should not be overbooked and overstressed, but I like the breakfast and coffee bit the best!

Do you make time to do nothing? I’m certainly going to do it more often. When you decide to do nothing, tell us about what awesome epiphany, creative endeavor, physical change, or cognitive improvement ensues. I think it’s time to start an Idle Revolution! Share your thoughts with us below…

Melinda Bryce is a writer of both fiction and nonfiction with a focus on health and wellness. Currently living outside of Detroit, Michigan, she spends much of her time introducing her children to the cultural opportunities available in and around the city while helping them pursue their own interests. An avid reader, cook, and artist, Melinda is certain that there is happiness in simplicity and joy in pursuing one’s passions.